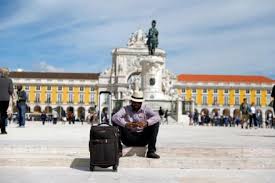 Portugal’s booming tourism sector dismissed fears of a slowdown this year, as per data from the National Institute of Statistics (INE), with the number of British visitors on the rise after a slight drop last year.

The number of non-resident guests staying in tourist accommodation in Portugal between January and August, which is the country’s busiest month, scaled to 6.5% to 11 million, compared to 10.3 million in the same period last year.

Visits from British tourists were up with 6.5 million overnight stays in the first nine months of this year, compared to 6.4 million in January to August 2018.

Earlier this year, Portugal’s tourism authority launched a campaign to convince British visitors that they are most welcome to visit the country.

World Travel and Tourism Council research released on Oct. 4 showed that the tourism sector contributed to one in five of all jobs in Portugal, with one in every five Euros coming from tourism.