Number of conferences and events in Italy touches new high 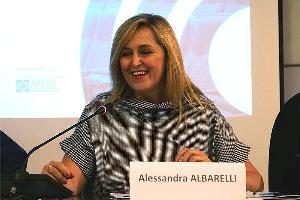 Italy hosted 421,503 conferences and events for a total of 597,224 days in 2018. It recorded a 5.8 per cent increase in number of events and 6.7 per cent rise in total days as compared to the previous year. The average duration remained stable at 1.42 days. These are the key figures from the Italian Survey of Conferences and Events, the research project promoted by Italy’s meeting industry association Federcongressi&eventi, conducted by the Graduate School of Economics and International Relations of Universita Cattolica del Sacro Cuore and coordinated by Professor Roberto Nelli.

The participant numbers were slightly down to 28,386,815 (-2.4 per cent), as was the overall attendance figure, to 42,319,349. The slight negative growth figure was mainly due to the fall in conferences promoted by international associations. Italy urgently needs to undertake substantial promotional activities to meet increasingly fierce competition from competitor destinations.

The Italian Survey of Conferences and Events (Osservatorio Italiano dei Congressi e degli Eventi-OICE), is the study on the Italian conference and events tourism promoted by Federcongressi&eventi and conducted by the Graduate School of Economics and International Relations of Universita Cattolica del Sacro Cuore – ASERI. The study was presented in Rome.

Conventions, meetings, product launches and incentive events were confirmed as effective marketing, communication, brand-awareness building and lead/sales generation tools for companies, and accounted for 65.5 per cent of the events held in Italy in 2018. It marks an increase of over 10 percentage points compared with 2015 (55.4 per cent).