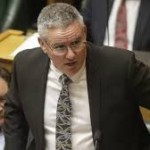 Kelvin Davis, New Zealand’s tourism minister during a conference in Dunedin stated that a formal announcement of implementing a tourist levy is expected within a week.

The tourist tax is expected to create NZ$75 million fund for tourism and conservation that will be used in creating world-class facilities for visitors without having residents to-pay. This will in return attract higher-paying tourists to the country. He sticks to his party’s promise of introducing tourism charge for international visitors.

It is of the exact nature of the tax and is likely to be added to the airfare in line with the tax introduced by the government in 2015 which covered the cost of border security.

Davis mentioned that they were looking for a range of options, they worked out on a number of issues that will be announced in the next few weeks.

In recent years there has been a tourism boom in New Zealand, it welcomed 3.7 million people last year. By 2024 the foreign tourist number is expected to reach 5.1 million. Davis further mentioned that he do not want the environmental and tourist reputation to be damaged.

Due to an increase in visitors, facilities like public toilets, car-parking and accommodation prices will be under huge strain.

The popularity of freedom camping among budget travellers also resulted in this. In a survey in January 2018, it was revealed that 90% agreed that international tourism was good for the economy while 44% bothered about the strain resulting due to the influx.

It is expected that New Zealand will be far from expected when it comes to introducing tourists levies. Major cities like the Amsterdam, Paris and New York  will implement tourist tax to manage overtourism.