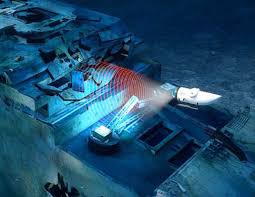 Seattle-based OceanGate Inc. has announced plans for a manned expedition for studying the R.M.S. Titanic, the world’s most famous shipwreck. Less than 200 people have ever visited the Titanic since it sank in April 1912. In comparison, more people have scaled the summit of Mt. Everest or flown in space.

The new expedition will mark the first time that a team has approached the wreck since 2005. Imaging and navigation technology have advanced a lot since then, and the famous 1995 expedition led director James Cameron capture footage of the Titanic for his blockbuster movie “Titanic”.

OceanGate  CEO and co-founder Stockton Rush said that his company is hoping, along with its tech and research partners, to document the decay of the ship and to create high-definition, 3-D images of objects underwater there that were never possible before.

Rush said, “Documenting history is important in and of itself. But on the geeky side of this, it’s also a real challenge to understand things like the decay rates of metals in deep sea environments. With fuel and munitions and other things from WWII, we need to understand the interaction between currents, oxygen content, bacteria, the nature of a given material and so on to know if a hull might collapse and you end up with an oil spill from something that sank in 1944.”

For the deep-sea journey next spring, OceanGate has developed a new submersible called the Cyclops 2, made of carbon fiber and titanium primarily. The manned submersible carries five people. Each trip down will have a pilot and mission specialist in the vehicle, along with subject matter experts like marine biologists, nautical archaeologists and others who apply and pay to go along.

The price of an “SME” ticket would be $105,129. The cost of a first-class ticket to stay in the Vanderbilt suite of the Titanic on its maiden voyage is $4,350. Rush said that the 54 positions that were open for next year have already been filled, representing over $5 million in revenue for OceanGate.