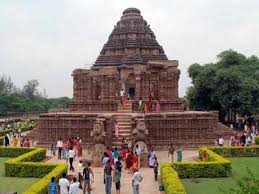 Even though the footfall of domestic tourists significantly outstrips that of international tourists, the latter tend to spend more. But given their diminished numbers, earnings from overseas tourists is considerably lower than their domestic counterparts.

Odisha has witnessed an average annual growth rate of 9.25 per cent in inbound tourist arrivals in the last five years.

Development of hotel infrastructure is a credible indicator to the growth of tourism sector. As per the Economic Survey report, the number of hotels and restaurants in the state has risen from 1,328 in 2011 to 1,906 in 2018. At the end of 2018, Odisha boasted of 39,917 rooms and 79,978 beds to accommodate the tourists. Over the years, the share of High Spending Groups (HSG) Hotels and Middle Spending Groups (MSG) Hotels has appreciated by 25.7 per cent in 2009 to 39.7 per cent in 2018.

“As Odisha is growing as an industrial hub, it would be beneficial to invest in MSG and HSG hotels in order to attract business tourism and introduce greater diversification in tourist attractions”, the survey report noted.