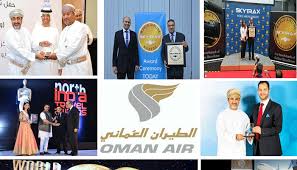 The Arab Media and Sustainable Tourism Conference took place in Salalah on Sunday. It was arranged under the sponsorship of H E Mohammed bin Salim bin Said al Toobi, Minister of Environment and Climate Affairs.

Dr Abdulaziz Othman al Twaijri, director general of the Islamic Educational, Scientific and Cultural Organization (ISESCO) and tourism officials from inside and outside the sultanate took part in the opening ceremony.

The conference was hosted by the Arab Center for Tourism Media (ACTM), in collaboration with the Ministry of Tourism and Dhofar Municipality. Academics and media professionals from different Arab media institutions simultaneously took part in the conference.

Dr Sultan bin Khamis al Yahya’ee, chairman of ACTM, gave a speech at the time which he highlighted the significance of the conference. Also, he underlined the huge tourism potentials at the Arab level.

Dr Taleb al Rifai, former secretary general of the World Tourism Organization, underlined in his speech the role of tourism media behind promoting community awareness of the true understanding of tourism, travel and comprehensive development.