On Monday, cruise ships brought a record number of 11,000 visitors to Helsinki 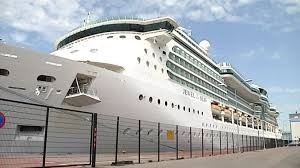 On three enormous cruise ships moored in the West Harbour and Hernesaari ports, a total of 11,000 passengers reached on Monday. For instance, the Norwegian Breakaway, a behemoth ship operated by Norwegian Cruise Line, carries 5,000 passengers alone.

International cruise ship companies have brought a record-number of the visitors to Helsinki so far this summer, as well.

In 2017, a total of 266 cruise ships came to Helsinki, bringing a total of 478,000 passengers to the city. Calculated estimates by the city highlight that the average cruise ship tourist spends an average of 64 euros while staying in Helsinki.

Helsinki Marketing, the tourism promotion company of Helsinki says that in 2018, cruise ship visitors tend to be quite eager about the city’s public saunas.

She stated that many tourists have informed the marketing firm that Finns were very welcoming as well as helpful during their visits.

“They are taken aback by the fact that everyone can speak English. Many have even praised our service culture,” Aalto says.

“We have collected information from tourists and other travellers this summer and the restroom issue has come up many times. People also ask about cafes with free WiFi and locating phone booths – something that hardly even exists in Finland anymore,” Aalto says.

As August is the most popular month for residents of central Europe to go on vacations, more tourists are on the way.