One in 5 euros in Portugal comes from tourism which added 38.4b. euros to the economy 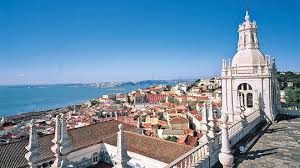 World Travel & Tourism Council’s (WTTC) annual review shows that the Portuguese sector grew by 8.1 per cent to contribute 38.4b. euros (U.S. dollars 45.5 billion) to the Portuguese economy. This represents 19.1 per cent of total economy activity in the country.

Portuguese sector employed 1.05 million people which is about 21.8 per cent of all jobs. It attracted 85 per cent leisure seekers and 15 per cent business travellers. This level of growth is the highest of any country in the European Union and significantly above the EU average of 3.1 per cent.

Gloria Guevara, WTTC President & CEO, said: “2018 was another year of strong growth for the global Travel & Tourism sector reinforcing its role as a driver of economic growth and job creation. For the eighth consecutive year, our sector outpaced growth in the wider global economy and we recorded the second-highest growth of any major sector in the world.”

He added: “In Portgual, Travel & Tourism grew at the fastest rate of any country in the European Union in 2018 and that growth is forecast to continue into 2019. Portugal has the potential to increase the size of its travel economy even further by growing the size of its business tourism sector; at present, business travellers account for only 15% of all spending in Portugal against a European average of 21%.”