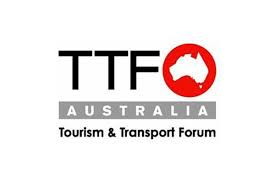 The WA Government has continued to invest in the visitor economy and related transport infrastructure and should be congratulated as the WA 2019/20 Budget was handed down this afternoon.

The budget includes more than $100 million for tourism, as well as significant transport funding including a $4.1 billion to progress METRONET projects, $2 billion on regional roads and $146 million on cycling infrastructure.

Ms Osmond highlighted tourism’s contribution to WA where it employs over 104,000 West Australians, contributes $6.1 billion in Gross State Product (GSP) to the WA economy and generates $15.3 billion in consumption. There are also further 70,000 WA residents employed in transport related roles.

“Tourism investments are transforming Perth with the new 60,000 seat Optus Stadium attracting over two million visitors in its first twelve months and over 3,600 hotel rooms being added to Perth’s accommodation supply since 2012,” Ms Osmond said.

“Public and private investment into WA is helping to attract events like Tourism Australia’s recent Australian Tourism Exchange which brought 1,500 international, interstate and local buyer and seller delegates to Perth.

“Regional WA is not missing out, with the Government investing $16.2 million to upgrade critical visitor infrastructure on Rottnest Island and continued support to develop indigenous tourism, specifically funding for the WA Indigenous Tourism Operators Council for a further four years.

TTF research report Supercharging Australia’s Future found that for every additional 1000 visitors to WA, the tourism industry could be expected, on average, to generate 3.5 tourism related jobs, $499,500 in tourism consumption, $362,000 in Gross State Product contributions and $39,800 in tax contributions.