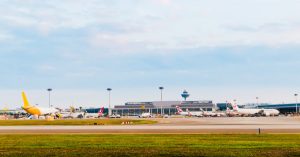 Singapore Changi Airport handled 5.95 million passenger movements in January 2020, an increase of 5.2% compared to the same period last year. Aircraft movements rose by 2.2% to 33,400 landings and takeoffs, while airfreight throughput declined 8.4% to 157,000 tonnes for the month.

Passenger movements for the month of January saw growth in all regions. This was contributed by travel around the Chinese New Year which was on 25 January this year, compared to 5 February in 2019. However, air travel demand began to be impacted as the Coronavirus disease 2019 (Covid-19) situation worsened in China and the rest of the region.

For the first two weeks of February, total passenger movements at Changi Airport decreased by more than 25%, while traffic between Singapore and China declined by more than 85% year on year. The impact was amplified by the Lunar New Year travel peak which occurred in February last year.

As of 14 February, there were about 40 weekly services to less than 10 cities in mainland China, a decrease of 90% from around 400 weekly services linking Singapore to 36 Chinese destinations previously.

Other highlights at Changi*

In the public areas of T1, Bakery Cuisine’s Triplets, offering healthy sandwiches, salads and soup, as well as Anjappar Kailash Parbat, serving up foods of the famed Chettiars, have opened. In T3, fashion jewelry brand Chomel and Seeds of Joy, selling a variety of fruit and nut mixes, have commenced operations. At T3’s Basement 2, Play! by KinderPlay, the first indoor themed playground in Asia featuring characters from Cartoon Network’s Ben 10 and The Powerpuff Girls, is now open.

At Jewel Changi Airport, visitors can enjoy free Canopy Park[2] access and 50% off admission to attractions[3] at Canopy Park as well as Changi Experience Studio from 27 February 2020.