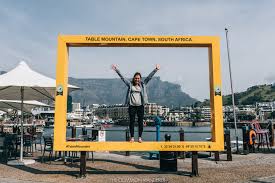 Orlando is known internationally as a tourism hub. Credit goes to the world-famous attractions of Disney World; however that’s not the only thing that draws tourists these days to this central Florida hotspot.

Recently, the epicenter of the Sunshine State has evolved into a sports paradise.

To outside observers, they might think how that could be true. After all, the city only has one professional sports franchise among the big four sports leagues—the NBA’s Orlando Magic. 24 years after the Magic played their first game; the city in 2013 was awarded an MLS franchise with the Orlando City Soccer Club making its debut two years after.

On the collegiate scene, the recent success of University of Central Florida in football has assisted the program to create a splash in the landscape of the national college football. In addition, the city has an indoor hockey franchise with the Orlando Solar Bears of the ECHL.

With all of the traffic coming through the city, it’s sufficient to keep the lodging industry of the city busy all through the year.

With over 27 properties in the greater Orlando area, the Hilton group—through subsidiaries such as Embassy Suites, Homewood Suites and Home2 Suites—is able to gratify the requirements of the travelers coming to the city irrespective of their leisure activity of choice.

Sean Kolodziejski, who acts as the Director of Marketing, Hilton, explained that how the various sporting attractions of the city come into play for tourists who are interested in an alternative to the theme park experience.

“Sports in Orlando are fantastic. A lot of people come to Orlando for the theme parks, but they don’t want to do the theme parks every single day,” Kolodziejski said. “They want to have other experiences too. So from the Magic, from Orlando City Soccer to the Solar Bears, our EHL team to UCF, it’s a great opportunity to go out and get something new to do and add on to your experience for at least one night of your trip”