Home » OYO preparing to debut in the U.S.

OYO preparing to debut in the U.S. 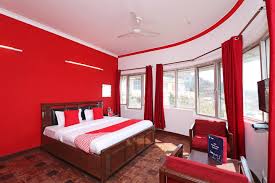 The Indian hospitality brand sets foot in Dallas and is testing a property in Austin, Texas. OYO has claimed significant gains in India and other markets, including China, Malaysia, Nepal, and Indonesia (this year).

OYO is hiring for a human resources director, a talent acquisition director, and several other managers and sales people in Dallas. It has hired for general managers of properties in Austin. It intends to add hundreds of hotels in ‘dozens of states’ this year. OYO is hiring in Atlanta, Myrtle Beach, South Carolina, Columbus, Ohio, Miami, and elsewhere. There will be franchised budget hotels soon in the developed market of the U.S.

The occupancy rate of a small budget hotel in India increased from around 25 per cent to about 65 per cent within a month after joining, as per the company. In September, OYO plans to enter the UK market – opening properties in ten cities by the end of 2019.

For hotels, the return is based on two multipliers, price, and occupancy. The lower price needs to be supported by multiplied occupancy.

OYO focuses on the budget market, pinpointing real estate assets that could be far more profitable if run as budget hotels than in how they’re currently being used at their locations.