Palo Alto Apartment will soon turn into a hotel 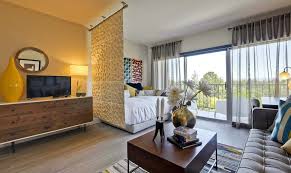 A real-estate giant from Chicago bought one of downtown Palo Alto’s historic and more affordable apartment buildings and is planning on converting it back to a luxury hotel.

That means all the current tenants of the President Hotel Apartments are being evicted. The tenants say it’s simply too expensive to live elsewhere in the city, but the city manager’s office says there is very little the city can do to stop it.

The new owners, AJ Capital Partners based in Chicago, don’t even need permits to make the conversion unless they want to make changes to the exterior, the city says.

The tenants living in the 75-unit, six-story building say they received notice of the purchase via letter on Tuesday and have five months to vacate.

AJ Capital says it is giving folks a far greater amount of time and advanced notice than required by law.

During Monday’s City Council meeting, Palo Alto City Manager Jim Keene spoke about the issue, saying that the displacement of 75 units is a concern given the city’s current housing shortage, but hotel uses are permitted by right in downtown.

The eviction notice from the building’s new owners says each residential unit will receive $3,000 to assist with moving-related expenses.  Businesses on the ground floor of the building will stay, the city says. The concerned residents say they plan to meet with representatives of the new ownership company as early as Thursday.