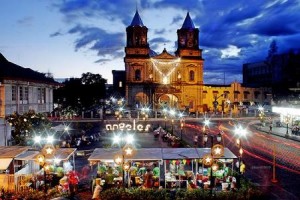 Pampanga, a new province in the Central Luzon region of the Philippines launches a new tourism campaign ‘Visita Iglesia’ to push faith tourism.

Pampanga—Teeming is combined with the old churches and religious traditions and practices.

This province in Central Luzon is encouraging devotees to come and experience the Capampangan way of reflecting the Passion of Christ this Holy Week through the “Visita Iglesia Pampanga” (VIP) campaign, an initiative led by former president and current Second District Rep. Gloria Macapagal-Arroyo aimed at rekindling the Roman Catholic faith of tourists, both local and international.

Pampanga has a long and strong history of being the seat of faith, especially during Semana Santa (Holy Week), with various churches proclaimed as historical landmarks built since the 1500s during the Spanish era.

While Visita Iglesia (Church Visits) is a once-a-year practice in the Philippines, the lead organizer noted that VIP is an open call to take a spiritual journey and walk the way of the cross, not just during the Lent, but all year-round.

As part of the promotional activities for VIP, various media organizations and tour operators in Metro Manila and other parts of the country were invited during the VIP kickoff to tour the province and visit seven of its many centuries-old churches.