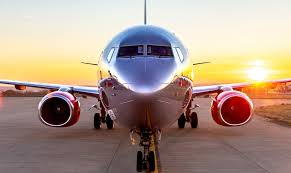 A 26-year-old woman has been accused of trying to open a passenger plane door
during a flight from the UK to Turkey.

Chloe Haines, of High Wycombe, appeared before Chelmsford magistrates charged
with assault and acting in a manner likely to endanger an aircraft.

A cabin crew member was scratched as she tried to stop the door of the Jet2 flight to
Dalaman opening on 22 June.

The plane was escorted back to Stansted Airport by two RAF fighter jets.

Ms Haines was released on bail on the condition she does not travel from any UK
airport.

Ms Haines, of Station Road in Loudwater, is due at Chelmsford Crown Court on 18
December.