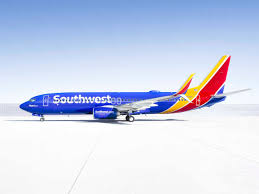 After a passenger started bleeding from the ears a Southwest flight in the US was aborted and other spoke of pain and discomfort.

Cabin pressure led to the travellers feeling unwell the flight from Connecticut’s Bradley International Airport to Tampa, Florida had to turn back.

As per the Federal Aviation Administration the pilot requested to land back in Hartford, Connecticut, due to the pressurisation fault.

The Boeing 737 returned and landed at Bradley just after 9pm after an hour after it was set off.

There were no injuries reported and there were medical staff to treat the passengers. Southwest quoted that the aircraft was removed from service.

Earlier dozens of Ryaniar passengers bled from ears after a flight to Croatia plunged 37,000ft for an emergency landing in Germany.

After the ‘controlled descent’ in July 2018 thirty-three people were treated in the hospital.

The plane dropped 27,000 ft in around seven minutes and oxygen masks were deployed after a  flight FR7312 from Dublin to Zadar was diverted to Frankfurt Hahn airport.