Passenger in Singapore Airlines gets furious over tooth in meal 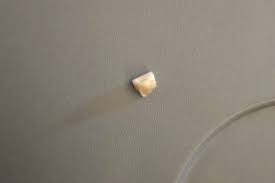 An unexpected tooth was found in a passenger’s meal onboard a Singapore Airlines flight.

The passenger was travelling onboard flight SQ248 from Melbourne to New Zealand capital Wellington when he could spot the tooth in his rice dish.

Bradley Button, the passenger said that he was not well for the rest of the flight as the idea of having someone else’s body part in his food wasn’t nice.

He threw his guts up. However, the Singapore Airlines spokesperson said that he was trying to investigate the incident and the ‘object’ was sent for further interrogation.

The spokesperson stated that Singapore Airlines was aware that the customer travelling on flight SQ248 from Wellington to Melbourne found a foreign object in their meal on 26 February.

He apologized to the customer for the negative experience and the inconvenience   caused. After a analysis are out they will be further determining the most appropriate action to be imposed.

The spokesperson  was disappointed with the discovery and expects all of their meals to be of consistently high standard.

Earlier this month a foreign object had appeared in an inflight meal of an Air India passenger en route Mumbai. There was a cockroach in the passenger’s breakfast.