Passengers Urged to Check Before They Travel This August Bank Holiday 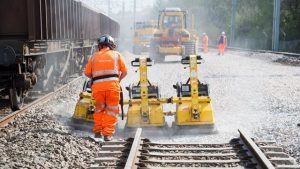 Passengers are being advised to check before they travel this August bank holiday weekend with improvement work planned on the railway in the Greater Manchester and Milton Keynes areas.

More than £19m is being invested between Saturday 24 to Monday 26 August to make the railway safe and reliable for passengers and freight in the North West & Central Region.

The two biggest projects, part of Britain’s Railway Upgrade Plan, will see track replaced between Adlington and Cheadle Hulme in Cheshire, and between Bletchley and Leighton Buzzard.

Passengers are being advised that some journeys could take longer but that the majority of the West Coast main line, Chiltern line, Midlands and North West routes will be unaffected.

David Golding, interim route managing director, said: “We appreciate there is never a good time to carry out large-scale improvements to the railway. I know that bank holiday engineering work can affect passengers who want to make the most of the long weekend but we plan the work to affect the fewest number of people.

“Thankfully, disruption for passengers travelling between London, Birmingham, Manchester, Liverpool and the Lake District is minimal. However, we are still urging passengers to check before they travel as major work on other parts of the network could have a knock-on effect.”

More than 2,700 railway engineers will be working around the clock to improve the railway for passengers in the North West & Central Region over the bank holiday weekend.

Nationally a total of £97m is being invested as part of Britain’s Railway Upgrade Plan.

Passengers are advised to check www.nationalrail.co.uk to see if their journey will be affected.