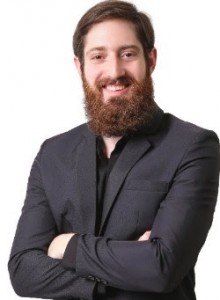 Dr. Hardy said that it gives him great pleasure to welcome Trevor to the PATA family and that he had known him for more than two years and during that time he had witnessed how passionate Weltman was when involved in any project. Dr. Hardy also asserted that he is a master planner and project manager and therefore would be a great asset to the Association as well as a great mentor to many of the staff.

Mr. Weltman has over 10 years of experience in Asia between China, India, and Vietnam. Prior to PATA, he was the Director of Sales and Marketing for HR consulting firm Lee Hecht Harrison Vietnam, and was also the Chief Marketing Officer for Triip.me, a venture-backed impact travel company present in 98 countries and over 650 cities around the world.

Having collaborated with PATA on a few Human Capital Development initiatives over the last two years, he is quite excited to join the organisation in a full-time capacity  said Mr. Weltman.

After receiving his degree in Asian Studies from the University of Michigan, Mr. Weltman began his career at Google where he worked as an Account Strategist and mindset and management trainer. In addition to sales and marketing, he has over eight years of training experience, having led courses in marketing, personal development and meditation around the world in both Mandarin and English. He currently lives with his wife and two children in Vietnam and will relocate to Thailand in September this year.