PATA: One billion international visitor arrivals (IVAs) in the next five years! 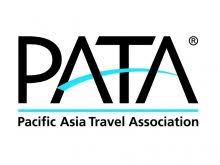 Asia Pacific is firmly seated on the path to greet about one billion international visitor arrivals (IVAs) in the next five years. This is one of the main forecasts from the Executive Summary of the Asia Pacific Visitor Forecasts 2020-2024, published today by the Pacific Asia Travel Association (PATA). The years expanding from 2019 to 2024 and 39 destinations within the region, these predictions are made in anticipation of a volume of over 971 million international visitor arrivals into Asia Pacific, by 2024.

Between 2014 and 2019, the strong rise in IVAs has been driven by the average annual growth rate (AAGR) of about 5.3 per cent, and that momentum is hoped swell up even further in the next five years, to average 6.3 per cent per annum between 2019 and 2024.

This will cause in speeding up of about 256 million additional IVAs into the region between the years 2019 and 2024. This was a major rise significant over the additional volume of 162 million added between 2014 and 2019.

The distribution of these IVAs in Asia Pacific is hoped to alter a bit from 2019, with the Asia and Pacific expected to show some relative and absolute increases in arrival numbers.

Asia is predicted to be the dominant destination region and has chances to improve its relative share to over 77% by 2024.The Americas will occupy the second spot, even though its share is expected to reduce slightly over the period between 2019 and 2024.

As a generator of IVAs all over Asia Pacific however, Asia is predicted generate relative share, accounting for 68 per cent of all IVAs into the region in 2024. This is probably to be at the expense of the Americas and Europe, of which both are predicted to diminish, at least in regards to their respective shares as source regions for Asia Pacific, between 2014 and 2024.