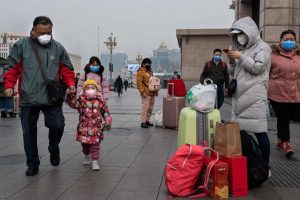 The Philippines Tourism sector recently announced their plan to introduce measures against the deadly coronavirus. Bernadette Romulo-Puyat, Minister of Tourism, Philippines unveiled a chain of measures that will be undertaken to prevent the constant downfall of revenue in the tourism sector due to the virus outbreak.

Earlier it was reported that the country’s inbound tourism market harshly suffered in the hands of coronavirus.  Last year, South Korea and China were the biggest contributors in the country’s tourism industry welcoming nearly 2 million visitors from South Korea and 1.74 million from China. However, both of these markets have been down in light of the virus spread.

Authorities in the Philippines have already banned non-Filipino travellers from China, Hong Kong, Macau and Taiwan from entering the country. The decision has been made as one of the measures to combat the spread of the COVID-19 virus. Romulo-Puyat previously mentioned that the tourism sector is an important economic driver in the Philippines as the income earned from the increasing inbound tourism has constantly contributed to the nation’s economy. However, as reported by the Tourism Minister, the current ban might result in an estimated loss of $850 million.

He further added that foreign arrivals in the country increased by nearly 10% in January. Unfortunately, due to the spread of the virus, the number came down by a drastic 42% in the month of February. Occupancy of hotels decreased by approximately 40% in Bohol and Boracay. Similar reductions have also been noticed in key tourist destinations like Cebu and Manila.

As a response, the Philippines would be investing $9 million in a brand domestic travel campaign in order to boost tourism demand. An additional $1.7 million would be invested to provide training to the tourism industry staff to keep them prepared for facing the virus.

The Philippines Department of Tourism also cancelled the major shopping festival which was scheduled to take place throughout the month of March as a precautionary major against the spread of the virus.