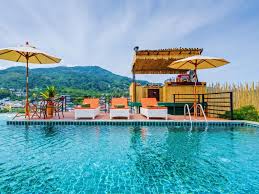 Hotels in Phuket have been compelled to cut down its prices with rooms left empty and beaches sparse as the chiefs of the tourism fight with a drop in Chinese visitors caused by the US trade war and a stronger baht, reports AFP.

In 2018, Phuket was the most visited destination in the country after Bangkok and a good gauge of the state of its vital travel sector, the agency noted.

Tourism accounts for 18% of the gross domestic product of Thailand and Chinese holidaymakers comprise more than a quarter of total arrivals.

However, as 2.2 million people from the country visited Phuket in 2018, as per the official figures, numbers for January-September went down to almost a fifth on-year.

Claude de Crissey, Honorary Consul of France in Phuket and owner of about 40 rooms in the well-known Patong Beach area, explained that Chinese tourists are generally present even during the current low season.

“That was not the case this year,” he said, adding he had to lower his prices by as much as 50%. The problem with hotels is not only in Phuket, it is the same in the seaside resort of Pattaya on the mainland and Koh Samui Island.

The stresses related to trade with the US have by now made some Chinese unwilling to go for holidays owing to uncertainty back home, while the Thai baht has risen around 10% against the yuan this year.

In 2018, the Phoenix tour boat tragedy off Phuket that took 47 lives of Chinese holidaymakers has also scaring some off.

“We are worried,” an industry insider told AFP, refusing to be named because of the topic’s sensitivity in a country where tourism provides tens of thousands of jobs.