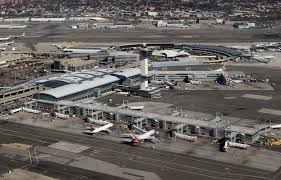 Pittsburgh is seeking stronger collaboration with China and welcomed 316 Chinese visitors who arrived on the first direct charter flight from Shanghai to Pittsburgh International Airport on Friday.

Rich Fitzgerald, executive of Allegheny County, where Pittsburgh is the county seat, described it as “historic” for Pittsburgh to be the first midsized city in America to host a tourism charter flight.

Fitzgerald said that Pittsburgh wants to encourage trade, tourism and education partnership with China as it transitions from the iconic Steel City in western Pennsylvania to a city committed to education and medical and technology innovation, such as autonomous vehicles and artificial intelligence. Pittsburgh has about 20,000 people from China living in the city.

For Christina Cassotis, the CEO of Pittsburgh International Airport, Friday was a day on which her more than two years of efforts with local and Chinese partners paid off.

Pittsburgh airport subsidized more than$560,000 for the charter flight. Together with Visit Pittsburgh, the official tourism promotion agency for Allegheny County, and the Idea Foundry, a Pittsburgh-based nonprofit that works with Chinese families and students to encourage educational ties and investment, the subsidies totaled $910,000 and are part of a three-year agreement with Chinese tour operator Caissa Touristic to market and sell trips to Pittsburgh.

The nonstop air link is operated by China Eastern Airlines on a seasonal basis and will features two round-trip flights between Pittsburgh and Shanghai Hongqiao International Airport on Aug 3 and Aug 11. The return flight to China departed the same day and took more than 100 visitors from the US to China.