Plans to reverse tourism decline by US travel industry 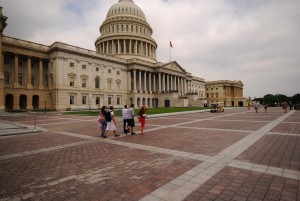 A  long-term decline in international tourism to the U.S raised concerns in the travel industry representatives and they want to work with the Trump administration to reverse the trend.

The Visit U.S. Coalition organsiers  said the decline started in 2015  but did not blame President Donald Trump, who has been criticized by some in the travel industry for spurring a “Trump slump” with anti-foreigner rhetoric and policies.

Factors like the strong U.S. dollar, complex visa requirements and low-cost air travel that boosts travel elsewhere has been blamed for the tourism downturn.

There were specific proposals to reverse the decline by the coalition representatives mentioned making it easier for foreigners to get visas and the need for more welcoming messages to balance out stronger border security.

Geoff Freeman, CEO of the American Gaming Association, a member of the coalition said that  the people misinterpreted a lot of their security protocols to be an unwelcoming message. However, Freeman added that the U.S. can be a welcoming and secure destination simultaneously.

Since 2015 the U.S. was one of only two destinations in the top dozen global markets to see a decline in long-haul inbound travel while Turkey lost market share and tourism dropped after repeated terror attacks.

Roger Dow, CEO of the U.S. Travel Association said that they were falling behind  and the  drop represents 7.4 million fewer visitors from around the world, which translates to 100,000 American jobs not created.

Katherine Lugar, CEO of the American Hotel & Lodging Association said that the travel and tourism is the country’s second largest export and they can’t afford to lose ground to other countries.

According to the U.S. Travel Association travel is a top 10 employer in 49 states and Washington DC while international travel is the country’s No. 1 service export and No. 2 export overall.