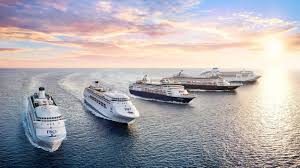 P&O Cruises Australia is on the threshold of carrying two million guests from the Australia’s Queensland capital.  There are thousands of guests will be welcomed onboard P&O flagship Pacific Explorer, which will be based in Brisbane from October 2020, continuing more than a decade of enabling Queenslanders to cruise from their doorstep in one of Australia’s fastest growing cruise markets.

P&O Cruises has its longer cruises to idyllic South Pacific islands and Papua New Guinea and themed Short Breaks for a taste of the joys of cruse holidays.

Along with the enhanced variety of cruise itineraries from Brisbane, P&O’s 2021 Queensland season will contribute an estimated $40 million to the state economy with guest and crew spending, ship supplies and port charges. There is a new 7-night cruise to the Australian Open Tennis Grand Slam with a two-day overnight stay in Melbourne.

P&O Cruises Australia President Sture Myrmell said the attractive mix of itineraries reflected the growing passion of Queenslanders for cruise holidays and P&O’s long commitment to Brisbane and the state. Cruising represents a great success story in Queensland tourism and it is exciting to know that the new program will take P&O to the threshold of carrying two million passengers from Brisbane over 16 unbroken years of home porting ships there.

P&O’s cruising connection to Brisbane can be traced back more than 85 years with Strathaird’s inaugural cruise visit in 1932 but the future is even more phenomenal. The deployment of Pacific Explorer and the introduction of the city’s new international cruise terminal is set to take Brisbane into the big league of cruising. Mr Myrmell said the new itineraries departing from Brisbane offered something for everyone.