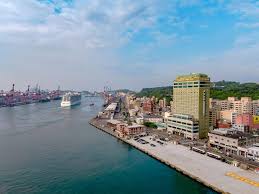 The number of cruise ship passengers visiting the Port of Keelung is to set exceed 1 million next year, Taiwan International Port Corp said on Tuesday.

The state-run seaport management firm made the announcement as the Majestic Princess cruise ship returned from its final cruise of the year to its home port in Keelung.

The company’s Keelung branch said that the cruise ship has helped bring 217,236 passengers to the port since April 15, marking an 8.4 increase compared with the same period last year.

Carnival Corp, which owns Princess Cruises, also said that it is to return to Keelung in March next year, the port company said.

The cruise ship operator has estimated that its number of passengers would increase by 90,000 next year.

As the Majestic Princess ended its tour, the Sun Princess is to start operating from Sunday to the second half of September, the port company said.

The number of cruise ship passengers could reach between 930,000 and 950,000 this year, the port company said, adding that they would contribute up to NT$5 billion (US$160.9 million) to the city’s economy.

The number of cruise ship passengers could potentially even exceed 1 million, it added.

In addition to the Majestic Princess, the port is to welcome the arrival of other large cruise ships such as the Costa Venezia, World Dream and MSC Bellissima, the company said.