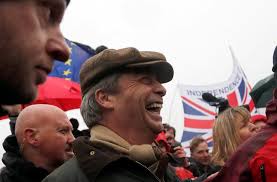 Over concerns that Brexit might affect Portugal’s booming tourism industry, a government agency has launched a campaign saying “Brelcome” to thousands of British visitors who are opting for the country as a holiday destination.

“Portugal will never leave you” is the main slogan of the “Brelcome” campaign, which has already reached around 6 million Britons through social media and other digital platforms.

Spain, which is the most popular destination for British sunseekers, accounted for 9 percent of foreign visitors in 2018.

“We thought this was the right opportunity to tell a very good friend that we will never leave them,” said the president of Turismo de Portugal Luis Araujo. He pointed out that the two countries are the world’s oldest allies, forged through a 1386 treaty.

Araujo added, “We have been growing in every market for the past three years, particularly in the United States and Brazil, but we will never have a market as big as the UK so it’s really important for us.”

Portugal has said that British tourists will not need a visa even in the event of a no-deal Brexit and airports in the Algarve and Madeira would open separate customs lanes for British visitors for simplifying entry.