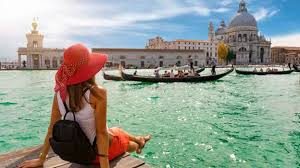 Portugal is now surpassing Spain as the fastest-growing tourism market of Europe. However, Portugal is struggling to meet the industry’s steep demands.

On Thursday, a bus crash in the Madeiran town of Canico killed at least 29 people, all of them German, and this pointed fingers at the infrastructure issues brought on by over-tourism.

Madeira faces a huge challenge transporting the 1.4 million tourists (five times its own population) who visit every year.

Tourism accounts for around 20% of Madeira’s GDP, and the vast majority of these tourists are German and British.

WTTC said that Portugal as a whole is Europe’s fastest-growing tourist destination, with more than a decade of campaigns from local and national tourism boards, promotions from business like TAP airlines, and the declining costs of travel.

Tourism is one of the main drivers of economic recovery in Portugal.

In 2010, Portugal welcomed 6.8 million foreign visitors. By 2016, that number had skyrocketed to 18.2 million, marking an increase of 168 percent in just six years.

The WTTC said that at least 20 million people will travel to Portugal from abroad this year.