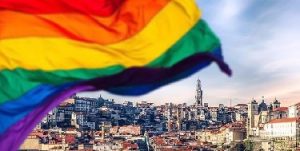 Thanks to legal improvements for trans- and intersex persons as well as anti-hate crime initiatives, Portugal for the first time managed to jump from 27th place to the top of the SPARTACUS Gay Travel Index, and now shares the 1st place with Sweden and Canada.

The SPARTACUS Gay Travel Index is updated annually to inform travelers about the situation of lesbian, gay, bisexual, and transgender (LGBT) people in 197 countries and regions.

With the legal recognition of same-sex marriage, Austria and Malta were also able to secure a place at the top of the SPARTACUS Gay Travel Index 2019.

However, the situation for LGBT travelers in Brazil, Germany and the USA has worsened. In both Brazil and the USA, the right-wing conservative governments have introduced initiatives to revoke LGBT rights achieved in the past. These actions have led to an increase in homophobic and transphobic violence. There has also been an increase in violence against LGBT people in Germany. Inadequate modern legislation to protect transgender and intersex persons as well as the lack of any action plan against homophobic violence have caused Germany to drop from 3rd to 23rd place.

Countries such as Thailand, Taiwan, Japan and Switzerland are under special observation. The situation is expected to improve in 2019 as a result of the discussions on the introduction of legislation to legalize same sex marriage. Thailand has already moved up 20 places to rank 47 thanks to a campaign against homophobia and the introduction of laws to recognize same-sex civil partnerships. The already announced introduction of same-sex marriage laws could make Thailand the most LGBT-friendly travel destination in Asia.

In Latin America, the decision by the Inter-American Commission on Human Rights (IACHR/CIDH) to require nearly all Latin American countries to recognize same-sex marriage has caused a sensation. So far, same sex marriage is legal only in the countries of Argentina, Colombia, Brazil, Uruguay and in some individual states of Mexico.

Some of the most dangerous countries for LGBT travelers in 2019 include again Saudi Arabia, Iran, Somalia and the Chechen Republic in Russia, where homosexuals are widely persecuted and threatened with death.

The SPARTACUS Gay Travel Index is assembled using 14 criteria in three categories. The first category is civil rights. Among other things it assesses whether gays and lesbians are allowed to marry, whether there are anti-discrimination laws in place, or whether the same age of consent applies to both heterosexual and homosexual couples. Any discrimination is recorded in the second category. This includes, for example, travel restrictions for HIV positive people and the ban on pride parades or other demonstrations. In the third category, threats to individuals by persecution, prison sentences or capital punishment are assessed. Evaluated sources include the human rights organization “Human Rights Watch”, the UN “Free & Equal” campaign, and year-round information on human rights violations against members of the LGBT community.