Portugal’s tourism sector under crisis due to coronavirus 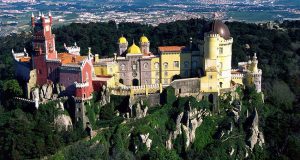 The tourism sector has been badly affected by the deadly COVID-19 virus ever since it started spreading to different corners of the world. Portugal is one such country that is largely dependent on the tourism industry for its annual economy. However, despite having very few coronavirus cases itself, Portugal’s tourism sector is already under pressure as a result of the virus outbreak.

According to official records, in 2018 Portugal’s tourism sector contributed around14.6% to its gross domestic product. Last year, Portugal attracted more 16.3 million visitors from foreign countries. Back in 2014, the country’s economy started recovering from its debt crisis slowly. With 10 million visitors from foreign countries in the same year, the tourism sector largely contributed to the recovery.

Nearly 60% of hotels in the Southern Algarve region have received numerous cancellations. This has resulted in an increasing fear among Portuguese employers about facing worst-case scenarios in the near future. Algarve’s AHETA hotel association informed that 60% of 411 hotels in the region have already recorded cancellations in light of the present scenario. All of these hotels are popular with tourists, especially the visitors from Britain for its beaches and golf courses. An approximate 15% drop in reservations has also been noticed in central Portugal around Fatima sanctuary which is a major Catholic pilgrimage site.

Even the Portuguese Hotels Association or AHP mentioned that many of its established properties were experiencing major cancellations of bookings. Cristina Siza Vieira, Chief, AHP said in a press statement that the tourism sector holds the capability of resisting numerous things but not viruses. She also explained that the slow rate of bookings and cancellations during the peak summer months were the biggest cause of concern as they bring in maximum profit. She further added that a slowdown in tourism also means a slowdown in Portugal’s economic growth.

Eliderico Viegas, Head, AHETA hotels further added that if the slow pace in the summer bookings continues, hotels will only be able to appoint few workers during the peak season and seasonal jobs would not be required. He also mentioned that due to the virus outbreak people are scared of travelling and contaminating the virus at airports.

Renowned Portuguese airline, TAP has already suspended 3,500 flights between March and May. Multiple big events across the country including Lisbon’s largest tourism fair have also been cancelled or postponed due to coronavirus spread.

On Monday, the government announced to provide 200 million euros in loans to help small and medium-sized companies to deal with the virus outbreak alongside announcing other measures.