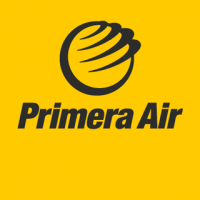 “We’ve been planning to add Washington from the beginning of our transatlantic flight project. We see a strong demand for this route and we are the first low-cost airline to start operations between both cities, offering people an affordable way of transatlantic travel,” said Andri Már Ingólfsson, President and owner of Primera Air.

Flights will be operated with the brand-new Airbus A321neo and A321LR fleet, which the airline will receive soon. “Our low-fare transatlantic flights are possible due to the latest technology by Airbus and Boeing. We are only a few weeks away from receiving our first Airbus A321neo units, which will start operations in April,” continued Ingólfsson.

As announced previously, Primera Air is opening new bases in Birmingham (BHX), London Stansted (STN) and Paris Charles de Gaulle (CDG) for flights to New York, Boston and Toronto this April along with new routes from UK to Málaga, Palma de Mallorca, Alicante, Barcelona and Chania. In the next two years, Primera Air plans to increase its presence on current bases and to add new transatlantic routes and bases as the airline has 20 new Boeing MAX9-ER on order.