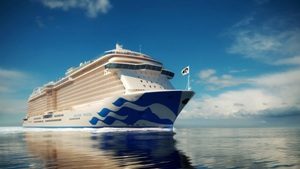 Princess Cruises was acknowledged for its robust shore excursions offerings and partnerships appealing to foodies, families and adventurers through its partnerships with Discovery Channel, Animal Planet, Bon Appétit globally, and its vast offerings in Alaska. In the last year, Princess Cruises partnered with a team of local experts in Alaska to give guests even more exclusive and authentic experiences ashore as part of the cruise line’s award-winning Local Connections program.

Here’s what the Cruise Critic’s Editors had to say about this recognition:

Princess Cruises makes it easy to maximise time in port, thanks to smart partnerships. Foodies will appreciate culinary tours dreamed up with Bon Appétit, while nature-lovers will dig the Animal Planet and Discovery Channel choices. The line particularly shines in Alaska, where it celebrated 50 years of cruising in 2019, with a wide range of excursions designed to appeal to almost everyone.

With a total of 15 featured shore excursions in four Alaska ports, Princess Cruises partnered with well-known chefs, artists, wildlife experts, seafaring captains and much more to develop unique excursions like:

Seattle – Small Bites on the Bay – Pike Place Tasting Tour (Bon Appétit) – Guests in transit can become a market insider on this behind-the-scenes adventure to experience the sights, sounds and flavors of this historic 105-year old landmark.

Victoria – Center of the Universe Observatory Developed with Local Astronomer (Local Connections) – Venture to the top of Observation Hill to visit the Astronomy Interpretive Center, designated a National Historic Site of Canada where you’ll find interactive astronomy displays and a planetarium show that delves into the mythology of the constellations.