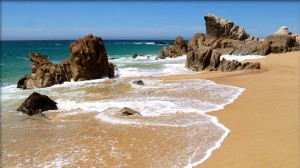 Jan Swartz, Princess Cruises president said “We’re honored to be recognized as the top cruise line to the Mexican Riviera, as well as among the best in Australia & New Zealand, Southern Caribbean, Hawaii and U.S. & Canada by the consumers utilizing Cruise Critic, the world’s largest online cruise community”.  “Whether they are influenced by the culture, food or a memorable shore excursion, our diverse itineraries offer experiences that inspire our guests to continue to travel to new destinations around the globe.”

Princess Cruises was founded in Los Angeles in1965 with a single ship sailing to the Mexican Riviera, and has the longest history sailing in the region. Today, the cruise line is a global premium cruise line and tour company, headquartered in Santa Clarita, CA, operating a fleet of 17 modern cruise ships, carrying two million guests each year to more than 360 ports of call on award-winning itineraries, to destinations around the globe.

Princess Cruises offers an array of itineraries to the Mexican Riviera, ranging in length from five to 10 days, departing from Los Angeles and San Francisco.