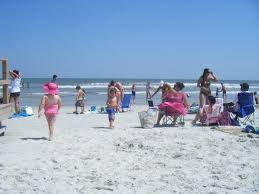 There was a time when international travel was once primarily for the well-heeled. However, in the latter half of the 20th century, upgrades in communication and transport opened up foreign travel to the masses, and led to the growth of the self-proclaimed ‘traveller’. Travellers ventured off the beaten track, eschewing packaged organisation in favour of edgier spots and ‘authentic’ culture.

At its peak, mass tourism can be extremely damaging, eroding landscapes and driving out locals. But to typecast all tourists – and to draw a distinction between tourists and ‘travellers’  – is short sighted and laced with class prejudice.

This attitude is evident in articles about ‘overtourism’. Cruise ships, emblematic of peak tourism, are described as ‘huge’ monsters, with ‘tides’ of passengers. There are some genuine environmental issues around large ships. But I remain unconvinced that one large cruise ship, with thousands of passengers, is any more environmentally damaging than a dozen medium sized jetliners moving the same number of people to a suburban airport.

European cities such as Amsterdam have struggled with tourist rushes. Writer Joost de Vries describes how his home city is becoming “like Venice”; shorthand for a city so flooded by tourists that it no longer feels like a functioning city at all. Yet de Vries also admits that he too becomes a tourist when he leaves Amsterdam:

Indeed, many people living in major metropolitan centres who complain about tourists will soon be booking flights to take holidays elsewhere.

Some of the anger that people feel about tourism arises from how it can change a place. Yet such critiques ignore how cultural exchange has always prompted change, especially in urban areas. Cities have always copied popular tropes from one another: witness the glaring similarity of Victorian town halls across the UK. With the arrival of the 21st century, it was inevitable that such changes would speed up.

City breaks to Venice and Amsterdam were once the preserve of the middle classes. The emergence of low cost airlines, expansion of hostels, and growth of the internet, allowed an industry of alternative travel guides to flourish. Rough Guides and Lonely Planets are now both owned by global corporations, but they initially allowed such city breaks to become common place.

Self-proclaimed travellers who criticise overtourism are hypocrites. They helped popularise the disruptive businesses and technologies that made such tourism increasingly possible. Take Airbnb, for example. Once discussed as a radical alternative to corporate hotel chains and a means of engaging with local people and cultures, it has since become a ubiquitous platform, criticised for pricing out locals.

That’s the thing with capitalism in general. No matter how individual or authentic you believe something is, that thing will soon be co-opted by mainstream culture. The solutions are not to bemoan tourists themselves, but to take hold of democratic structures to tackle problems. Regulating Airbnb, imposing tourist and environmental taxes, limiting visitor numbers at fragile sites and ensuring that local businesses gain from tourism as well as big chains, are all ways that we can reduce tourism’s negative impacts.

That more people want to see more of the world is a good thing. But even if you see yourself as a traveller, accept that, in the end, you’re still just another bloody tourist.