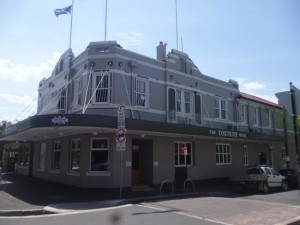 It’s been a lively year so far for Mitchell Waugh’s Public House Management Group (PHMG). The CEO and Founder recently confirmed a number of changes within the group’s portfolio.

The group has announced it is exiting from The Buena, Mosman, along with its Bistro Moncur offering at that venue. This after a three-year management deal of The Buena in partnership with owners the Fallon family, who PHMG describe as “friends”, expired without extension.

In making the announcement, Waugh said that they are tremendously proud of what they have achieved in re-establishing The Buena as the heart of the community and fulfilling our brief to introduce the Fallon family to the hospitality industry.PHMG also confirmed The Buena will be announcing an all-new dining concept in the coming weeks

Mitchell Waugh also confirmed significant reinvestments will be made into two of its key hotels: The Woollahra Hotel and The Royal Hotel Paddington. Sydney’s The Woollahra Hotel is currently underway with significant planning to unveil a new offering in early 2019. Neighbouring Bistro Moncur Woollahra remains unaffected by these refurbishment plans. Meanwhile The Royal Paddington will undergo refurbishment in mid-to-late 2019.

Summarising the changes, Waugh continued that there is much excitement for me personally at PHMG. Our team has been working on multiple refurbishments for the past six months and will continue to do so for the next year. They were thrilled with the recent launch of the Toxteth Hotel in Glebe. Next, the Woollahra Hotel will see the introduction of a new hospitality concept. Our Royal loyalists in Paddington can also look forward to some upgrades to the Elephant Bar and Rooftop. As always, PHMG will continue to look for investments and opportunities whilst ensuring we engage and give back to the communities in which we currently operate.

The Toxteth Hotel Glebe reopened in August 2018 after an extensive six-month refurbishment of the interiors, exterior and overhaul of the food and beverage experiences. Affectionately known as ‘The Tocky,’ the refurbishment followed shortly after its $20 million-dollar purchase by PHMG in February 2017 from Geoff Dixon and John Singleton’s Riversdale Group.