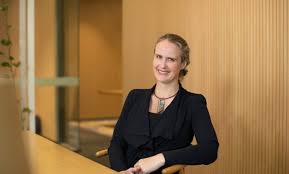 Anna Pritchard has joined Qantas as the  new regional general manager for the UK, Europe, Middle East, India and Africa.

For more than eight years she has worked with the Australian flag-carrier  and served Qantas as the  regulatory head of legal and assistant company secretary. She holds extensive experience in managing the airline’s alliances and commercial partnerships.

The airline prepares to celebrate its centenary in 2020 and progresses Project Sunrise – Qantas’ plans to fly non-stop between London and the East Coast of Australia in 2022.

Pritchard  was looking forward to strengthen the Qantas brand and its relationships in the region after joining the office. She said that over the past eighteen months, they opened a new lounge at London Heathrow and made history flying non-stop between the UK and Australia with  new daily London-Perth flights.

Customers will get more choice across the region as they will continue to expand their reach with the airline partners.

They also launched a new code share agreement with KLM and Air France that will add to their codeshare network across Europe and Middle East with Emirates.