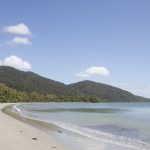 Qantas today announced that it will add more seats and frequencies across its Queensland network to meet growing demand for business and holiday travel.

From 31 March 2019, the national carrier will boost capacity on key routes in Queensland offering more than 2600 additional seats per week compared with the same time this year.

“We’ve responded to feedback from customers, industry and community leaders by adding more flights and offering more choice on the routes where we know customers want to travel,” said Mr David.

“Qantas has been connecting travellers to Queensland for nearly one hundred years. Today, we service more destinations in Queensland than any other state in Australia and bring in millions of business and leisure visitors every year.

“These additional flights reinforce our ongoing commitment to increasing tourism to and within the Sunshine State.”

From 31 March 2019, QantasLink will also resume daily flights between Cairns and Port Moresby, a route it had operated until 2016. The service, which is operated by a 74-seat Bombardier Q400 aircraft, will complement Qantas’ existing services between Brisbane and Port Moresby.

“We know there is strong demand for a direct flight to Port Moresby from the Cairns business community. This is also great news for tourism, making it easier for travellers to enjoy a getaway in Cairns,” said Mr David.

“Direct flights are crucial to growing Queensland’s tourism economy and today’s announcement from Qantas is a great sign of confidence in our tourism industry,” she said.

“We want to make it as easy as possible for visitors to access our key visitor destinations like Cairns, Townsville the Sunshine Coast, and the Outback – that’s exactly what more direct flights help us to achieve.

“We’ll continue to work with airlines to secure more direct flights for Queensland to ensure we continue to create local tourism jobs.”