Qantas deemed as the most polluting transpacific airline 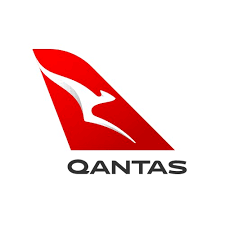 The fuel efficiency of 20 carriers flying the transpacific route by the International Council on Clean Transportation (ICCT) was analysed and an environmental lobby group, found Australia’s flag carrier Qantas was almost two-thirds less efficient than the leading airlines, Japan’s All Nippon Airways and China’s Hainan Airlines.

The poor performance of Qantas was due to the use of two of the most fuel-inefficient aircraft, the Airbus A380 and Boeing 747-400ER.

According to the report Hainan benefits from using Boeing’s fuel-efficient Dreamliner aircraft while ANA has a robust freight operation, carrying three times as much as Hainan.

Dan Rutherford, ICCT’s aviation programme director and co-author of the report said that there was a reason airlines around the world  started  avoiding very large aircraft like the 747 and the A380.

It was reported that newer twin-engined wide-bodies provide the payload and range capabilities needed for transpacific flights with much lower fuel burn.

The airline agreed it ranked lower in the survey because it uses larger aircraft, adding that it has more premium cabins than competitors resulting in fewer people on board.

Alan Milne , Qantas head of fuel and environment said that  said that they were committed to reduce the carbon emissions and continually look at ways to lower them across  operations.

He further added that they were switching out 747s for more fuel-efficient Dreamliners and had several data-driven programs in place to reduce fuel burn.