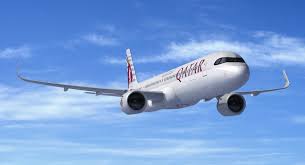 Alongside the engine deal, the national airline of the State of Qatar has also signed with CFM International a rate-per-flight-hour support agreement to cover its entire fleet of LEAP-1A engines, including spares, for a combined total value of $4 billion at list price.

Qatar Airways has been a CFM customer since 2015 and currently operates a fleet of 38 A320ceo family aircraft, of which eight are CFM56-5B powered. The first LEAP-1A powered A321neo are scheduled to be delivered in 2020.

Qatar Airways Group Chief Executive, His Excellency Mr. Akbar Al Baker, said: “We chose the LEAP engine based on its proven efficiency in commercial operations. This engine addresses our strategy to operate a state-of-the-art fleet with the most advanced technologies in the industry, while expanding our network and maintaining flexibility for our customers.”

CFM International President and CEO, Mr. Gaël Méheust, said: “We are excited to take another step forward in our partnership with Qatar Airways. This is a real trust mark in our products, and we look forward to helping them introduce the fuel-efficient LEAP engine into their fleet to support Qatar Airways fast growth and maintain lower operating costs.”

A multiple award-winning airline, Qatar Airways was named ‘World’s Best Airline’ by the 2019 World Airline Awards, managed by the international air transport rating organisation Skytrax. It was also named ‘Best Airline in the Middle East’, ‘World’s Best Business Class’, and ‘Best Business Class Seat’, in recognition of its ground-breaking Business Class experience, Qsuite. Qatar Airways is the only airline to have been awarded the coveted “Skytrax Airline of the Year” title, which is recognised as the pinnacle of excellence in the airline industry, five times.

Qatar Airways currently operates a modern fleet of more than 250 aircraft via its hub, Hamad International Airport (HIA), to more than 160 destinations worldwide. The world’s fastest-growing airline has added a number of exciting new destinations to its growing network this year, including Rabat, Morocco; Izmir, Turkey; Malta; Davao, Philippines; Lisbon, Portugal; Mogadishu, Somalia; and Langkawi, Malaysia. The airline will add Gaborone, Botswana, in 2019 to its extensive route network along with Luanda, Angola; and Osaka, Japan, in 2020.

CFM International is a 50/50 joint company between GE and Safran Aircraft Engines. The LEAP engine family is the fastest-selling in aviation history with more than 18,600 orders and commitments, including spare engines, booked through August 2019.