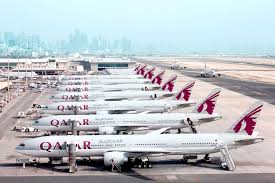 This is Qatar Airways’ fourth route to Iran in addition to the airline’s existing flights to Tehran, Shiraz and Mashad, Qatar-based English newspaper, Gulf Times, reported.

Akbar al-Baker, the airline’s group chief executive, “With its incredible, age-old architecture and bustling traditional bazaars, we are thrilled to announce Isfahan as Qatar Airways’ fourth-service gateway into Iran.”

He added that, the expansion of their network would boost the market to provide greater connectivity to both business and leisure passengers alike.

The Qatari announcement came, despite the U.S. decision which has been announced earlier this month, that, it would impose sanctions on any American or foreign company, that continues to do business with Iran, prompting some major airlines to stop flights to Iran.