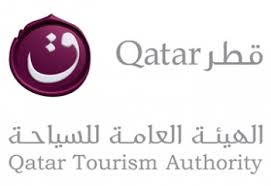 The Qatar Tourism Authority (QTA) is finalizing a five-year tourism strategy, planned to be launched in September during the World Tourism Day celebrations in Doha. This international event is to be hosted with the UNWTO by QTA.

QTA’s chief tourism development officer Hassan al-Ibrahim said “We are looking forward to finalizing and implementing it (Next Chapter of the Qatar National Tourism Sector Strategy 2030) in the next five years.” He added, “QTA is set to hold a series of workshops in the coming weeks on how it can open up to new markets and sustain the current ones.”

QTA also saw an increase in bookings with its ‘+Qatar’ initiative. It includes a free night’s stay in a five or four-star hotel in Doha alongside a free 96-hour transit visa.
al-Ibrahim said, “We haven’t seen any cancellations and any changes, and the number (of bookings) is growing day after day.” QTA also recorded a growth of the cruise industry with Qatar receiving 45,000 – 46,000 passengers from various cruise ships during the 2016-2017 season.