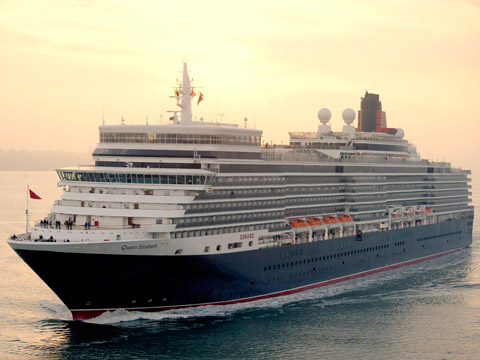 One of the world’s most reputable cruise ships would be based in Australia for over 100 days over the summer season of 2019 to 2020.

But instead of enjoying the iconic Sydney Harbour as its home base, the ocean liner Queen Elizabeth would be based in Melbourne. This ship is part of the ‘three queens’ of Cunard line and successor to the famous Queen Elizabeth II and is capable of accommodating up to 2080 passengers.

This cruise ship would set sail on six round trips from Melbourne during the season along with two trips from Sydney with itineraries travelling to South Australia, New Zealand, Papua New Guinea and Tasmania.

The record visit would be almost double the ship’s planned 54-day season in 2019.
Simon Palethorpe who is the senior vice-president mentioned that the moce portrayed the significance of the Australian cruise market to Cunard and also the growing appeal of Melbourne as a crucial cruise hub. Cunard expects that the cruise ship would be injecting almost $7 million into the regional economy.

This news comes after Carnival Legend of Carnival Cruise Line had recently arrived in Melbourne to commence its season with Victoria’s capital as its home port.

This week the ship had made headline after it anchored in Eden, New South Wales to place some passengers ashore following outbreaks of violence on board.

The announcement of another major cruise ship to be based in Melbourne comes after Sydney struggles to deal with several cruise liners visiting Australia. A report of Cruise Lines International Association (CLIA) Australia states that NSW accounted for 58% of the cruise sector’s $5.3 billion contribution the national economy.

But then its share had dropped 10% over the last two years because of Sydney reaching capacity for ships.

Consequently Victoria had witnessed a 12% rise to take a 7% share of the national contribution.

Queen Elizabeth is the second largest ship to sail in Cunard’s fleet behind the Queen Mary 2 that had arrived in Melbourne on the weekend.