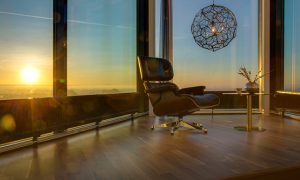 Radisson Blu, the upper upscale hotel brand that delivers a positive and personalized service in stylish spaces, is proud to announce the opening of the Radisson Blu Hotel, Lund in Sweden. The 192-room hotel is a rebranding of the existing Park Inn by Radisson Hotel, Lund.

Sweden’s second-oldest town, Lund is known for its rich, cultural history – including the Academy that has stood for centuries. Lund combines the ancient and the modern, more recently gaining recognition for its growing business sector where innovation flourishes.

Tom Flanagan Karttunen, Area Senior Vice President of the Nordics region for Radisson Hotel Group, said: “We’re rebranding the hotel to Radisson Blu as a result of the massive developments in the city. Our aim is to always provide our guests with the best possible hotel experiences, and – with this rebranding – we’ve updated our product to adapt to the changing needs of our guests as Lund develops.”

The hotel has gone through a series of remarkable changes to prepare it for its new life as a Radisson Blu property. This includes a thorough review of all the guest rooms, communal areas and the services on offer at the hotel – most notably the development of a new lobby area that now features a co-working space and a bar.

Beyond its central location, within walking distance of the city center, the Radisson Blu Hotel, Lund allows guests to relax in style among impressive surroundings. It has 192 modern rooms and suites, with those on the highest floors offering beautiful views of Lund, Malmö and Copenhagen – as well as the Öresund Bridge. The hotel also features on-site parking and eight meeting rooms, able to accommodate up to 120 delegates.

The Radisson Blu Hotel, Lund is operated by Radisson Hospitality AB under a franchise agreement with Winn Hotel Group.