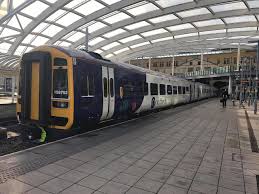 Rail passengers across the north of England are facing a fresh wave of strikes in a dispute over plans for driver-only-operated trains.

Due to the dispute over the plans for driver-only operated trains the rail passengers across the north of England will face travel disruption due to a fresh wave of strikes.

In a week before the Easter holiday, the RMT union has announced two more on-day strikes on the Northern trains.

It was reported that the Department of Transport (DfT) had urged RMT to work with Northern to deliver much needed modernization.

Further, the union demanded a tripartite talks with the company and the DfT aimed at reaching a solution.

However, no one from Northern was available for comment.

RMT general secretary Mick Cash stated that every single effort that RMT has made to reach a negotiated settlement with Northern over safe operation and safe staffing has been kicked back in our faces.

This dispute is about putting the safety of the travelling public before the profits of the private train companies and no one should doubt about it.

He went on saying that it was ludicrous that they have been able to negotiate long-term arrangements in Scotland and Wales that protects the guards and passenger safety but have been denied the same opportunities with the rail companies in England.

After a series of walkouts that began last year that proposes changes to the role of the conductor these strikes would be the latest. The union claims that this will leave the driver only operated trains with comprised safety .

The strikes were called ‘needless’ by a DfT spokesman and mentioned that the staff at the Northern had their jobs and pays guaranteed for the next eight years. The Independent rail regulator was clear about the driver0controlled trains, that has been in use for the last 30 years.