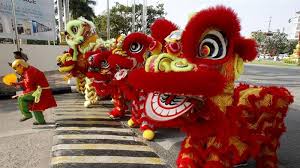 Railway trips in China had witnessed a record high following the holiday of Spring Festival as travellers returned to work as mentioned by the national railway operator on Thursday.

On Wednesday about 12.1 million passenger trips were made via rail marking a rise by nearly 10.5% from the last day of the 2017 holiday and a daily record as per the China Railway Corporation (CRC).

On Thursday about 11.8 million railway trips were expected to be made with a further 1,207 trains that had been scheduled as specified by the CRC.

A large number of Chinese had returned to their hometowns to celebrate the Chinese Lunar New Year with their families.

The annual travel rush around the festival is known as ‘chunyun’ and it often places the transport system to test. Nearly 2.98 billion trips are expected to be completed between 1st February and 12th March, and it is basically the same figure as last year as per the estimates by the National Development and Reform Commission that is the leading economic planner of China.

A further 1,152 and 1,330 train services were scheduled prior to and also after the festival respectively, on the basis of 3,819 trains per day, as mentioned by the CRC early this month.