Rain and floods are affecting tourism campaign in Kerala 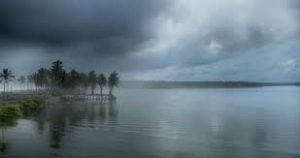 Rain and floods in Kerala are impeding the state’s plans to hold tourism trade meets across 10 cities in India.

Although the Kerala Tourism department could organize a partnership meet in Pune on August 6th, plans to organize similar meets in Mumbai and Nashik couldn’t be executed because of floods in parts of Kerala and Maharashtra.

Sooraj PK, tourist information officer, Kerala Tourism said, “We had organized the first such partnership meet in Pune on Tuesday. However, the rest of the meets, which were scheduled to be held in Mumbai and Nashik, have been cancelled because of heavy rain in Kerala.”

He added that rains in Kerala have impacted tourism in the state. The Nehru Trophy Boat race, scheduled to begin on August 10th, has been postponed.