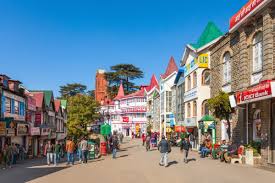 The recent tax reductions in corporate and hotel sectors have uplifted tourism spirit in Himachal Pradesh with the industry expecting increase in tourist arrivals and spending.

The Central government’s move was welcomed by Shimla Hotel and Restaurant Association (SHRA) who said that the tax reductions were a historic and major boost to the economy that will help Indian consumers, especially tourism in the state.

SHRA president Sanjay Sood thanked Chief Minister Jai Ram Thakur and Minister of State for Finance and Corporate Affairs Anurag Thakur for considering the issue of tax reduction and protecting the interests of the tourism and hospitality industry.

Sood said that the historic reduction in corporate tax and reduction of Goods and Services Tax in hotel rooms will be a huge boost to mountain states and small companies in these regions that are by and large tourism-centric.

Sood said that domestic tourists in 2018 were 1.82 billion and the growth is expected to be in double-digit because of the steps taken by the Modi government.