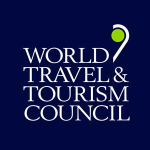 As per a leading global industry body, the travel and tourism sector will see a modest growth in 2018 due to higher oil prices and airfares. Although 2017 was the best year on record.

The sector created 7 million new jobs worldwide in 2017 or one in five new jobs stated the World Travel and Tourism Council in its annual Economic Impact Report.

The sector outperformed all others and it was mainly due to outperforming the global economy for seventh year in a row which grew by4.6 percent against 3 percent.

Gloria Guevara, president and CEO of the WTTC said that 2017 was the year for the travel and tourism sector. Because of the growing consumer confidence there was an increase in spending both domestically  and internationally.

There was recovery in markets in North Africa and Europe was earlier impacted by terrorism while outbound growth from China and India also affected.

As a result of higher oil prices and airfares and expectations of rising interest rates in countries like the U.S and the U.K the WTTC forecasted 4 percent growth in 2018.

However, the long term forecasts remained unchanged having an annual growth of 3.8 percent over the next decade. The sector will be supported by more than 400 million jobs globally by then.

Guevara said that as the sector keeps growing it will become more important both as a generator of GDP and jobs. The key challenge will be to ensure if the growth is sustainable and inclusive.

In 2017 there was some backlash against tourism in some of the destinations.

Overtourism has resulted in imperiling cherished buildings, strained infrastructure and harmed the experience of travelers and local residents.

Tourism phobia has turned prevalent specially in the European destinations like Barcelona and Venice where the visitors seem to exist in places at the same time.