Religious tourism moves about 20 million trips per year in Brazil 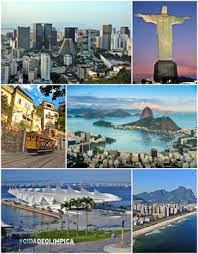 In addition to being a day dedicated to children, October 12 marked the faith and prayer of thousands of people who visited two of Brazil’s main religious festivals. The Círio de Nazaré and the Festival of the Patron Saint, celebrated in the states of Pará and São Paulo, respectively, should generate a tourist flow of more than 250,000 people throughout Saturday.

To get an idea, only the party of Pará should move $ 32 million in the period, according to a survey made by the State Department of Tourism of Pará.

The party, inscribed in 2013 on UNESCO’s list of intangible heritage of humanity, expects to receive 83,000 people this year. In Aparecida (SP), where the second largest sanctuary in the world is located, just behind the St. Peter’s Basilica in the Vatican, more than 170,000 people are expected among tourists and excursionists. In the year, the locals receive about 2 and 12.5 million, respectively.

In Brazil, religious tourism moves about 20 million trips per year and is responsible for injecting $ 15 billion into the Brazilian economy, heating trade and services activities with the generation of jobs and income.

According to the Pasta Studies and Research Department, 8.1 million faith-driven domestic trips are made annually (tourists, not including hikers). If the hikers are added, we get 18 million trips. Foreign tourists coming to Brazil for religious purposes is approximately 30,000 a year.

The Ministry of Tourism has been working to develop religious tourism in the country. An example is the Southern Region, which has a successful example of integrated roadmap between neighboring countries: the Mission Route. In April this year, the Mercosur Tourism Ministers signed an agreement that definitively establishes the Jesuit Way Route.

Alex Cardoso, Executive Director of the Tourist Region of Fé, which is located in the Paraíba Valley, in the interior of São Paulo, explains that religious festivals and tourism are mainly responsible for local development and the generation of jobs and income for the population.

“The Tourist Region of Faith is made up of nine cities, which together set common goals for regional development. Circulate throughout the region, mainly by Aparecida, Guaratinguetá and Cachoeira Paulista, 16 million tourists per year. And these cities work tourism as the main factor for economic and social development,” said Cardoso, who is also the tourism secretary of the small municipality of Potim.

Faith and pilgrimage roadmaps are strong motivators of small business and investment, moving local economies in sectors such as industry, commerce, services and crafts, generating jobs and income in all regions of the country.

Brazil has several events and religious attractions that draw crowds and there are cases where two or more religions mingle in the same event.