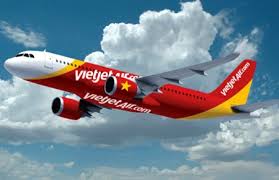 An airplane with over 100 people on board was compelled to make an emergency landing at Hong Kong International Airport on Wednesday afternoon, soon after a fire alarm had gone off on board the plane.

The plane was actually an Airbus 320.

It was travelling to Ho Chi Minh City in Vietnam from Kaohsiung in Taiwan. Suddenly, when smoke was detected inside the cargo department, the incident occurred.

Fourteen fire engines and 16 ambulances made a rush towards the scene soon after receiving the call a short while after 1.30 p.m., as per the Fire Services Department. A spokeswoman of the department said that the plane was able to make a perfectly safe landing around 2.09 p.m. and no flames were found on the plane.

She added that there were no casualties.

The fire department had been investigating the cause of the incident.

A spokesman of Airport Authority mentioned that buses had been arranged to carry passengers to the terminal building of the airport, before saying that the runway operations were also unaffected.

And, a spokeswoman for the Civil Aviation Department said that flight VJ885 was in Hong Kong airspace when smoke was suspected to be coming from its cargo compartment.

Thereafter the pilot was requested to land at the airport.

A spokesman of VietJet said that it was confirmed to be false alarm following an inspection.

All the passengers had departed for Ho Chi Minh City on the same plane around 6 p.m. on Wednesday.